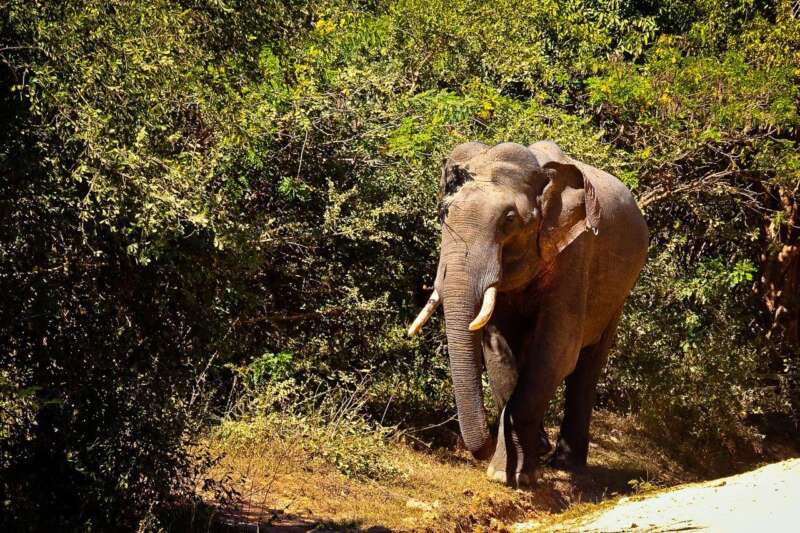 The Tropical Paradise Island Sri Lanka is a perfect home for abundance wildlife and it only second to the great continent – Africa.  29.9% or about 1,933,000 hectares of Sri Lanka is forested. Sri Lanka encompasses a total of 26 National Parks which covers about 5,734 Square Kilometers & it covers 9% of Sri Lanka’s total area consists of National Park.  On this forests & grasslands, Sri Lankan Elephants are biggest mammal that roam around.  The Sri Lankan Elephant (Elephas maximus maximus) is the largest of the four sub species of Asian Elephants.  According to the latest surveys, including the survey conducted by Sri Lanka Department of Wildlife (DWLC), there are 5000-7500 wild elephants in Sri Lankan forests and the elephant range is approximately 15,000 Square Kilometers.

But there is a very special and world famous wild elephant roams in Yala. Especially in Block 1 of Yala National Park.  Yala’s most notorious & renowned tusker “Gemunu”. It is a male elephant who was born in Yala National Park in 1991 and he was named after the great Sri Lankan king who ruled the country in 2C.BC- King Dutugemunu. Elephant is aged around 31 years old (In 2021) & he is a friendly wild elephants who mainly can be seen on the main road of Yala National Park. Also he can be spotted around Sithulpawwa road & Koma Wewa, Handunoruwa region.

The Weird Reputation of Gemunu 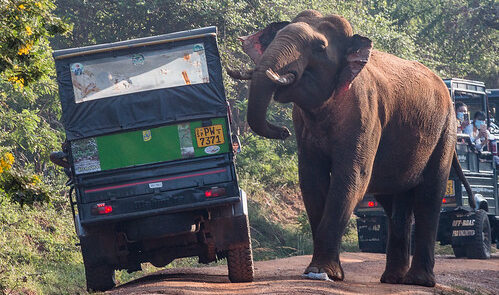 Tusker Gemunu is a notorious character in the wild as he has earned a reputation of stopping safari jeeps in Yala and getting close to Jeeps in search of food. Many local & foreign tourists have encountered this thrilling event & he is used to get fruits or any food from the jeeps forcefully. But he has never harmed anyone so far. He regularly visits ancient Sithulpawwa Buddhist Temple that is situated in Yala National Park and the monks there give him fruits as well.

In year 2013, he blocked a jeep that was carrying Chinese Tourists in the Park, grabbed one of their bag from the Jeep. The bag had some food items, camera lenses and dollar notes that was about US$ 600 (LKR 2,16,000/=Net) which ended up as food for mighty Gemunu. 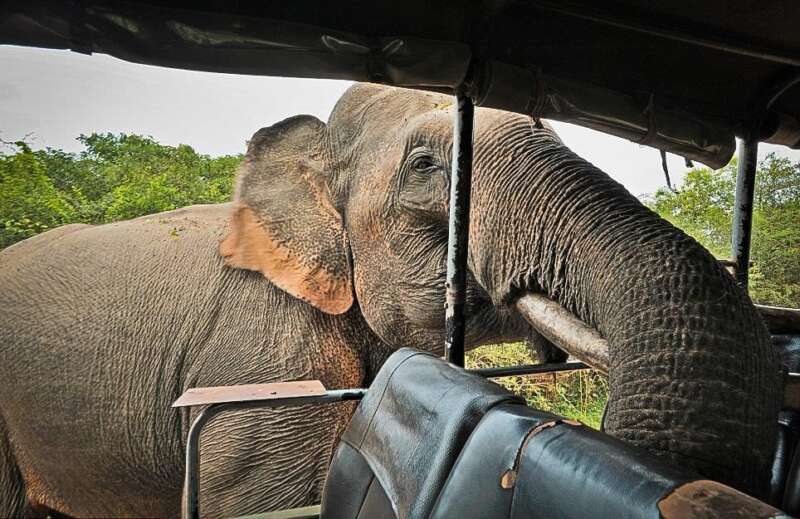 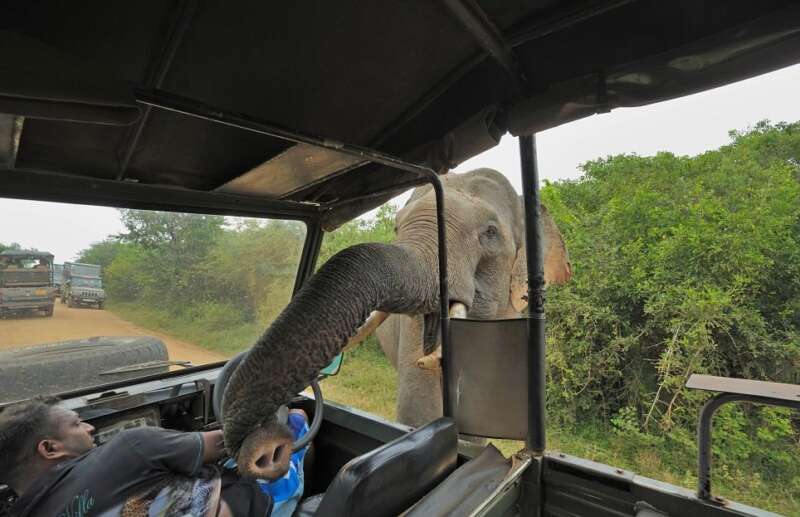 On the night of 17th of August year 2013, the iconic and infamous Tusker Gemunu was shot and wounded by someone in Yala National Park. But the authorities treated him and he recovered in few weeks.

On 28th of February 2018, Wildlife authorities of Yala National park was informed that mighty Gemunu was attacked by another two wild tuskers known as “Sando” & “Perakum”  in Sandun Oruwa ara near Menik River in Yala National Park. During this battle, Gemunu lost his first tusk. 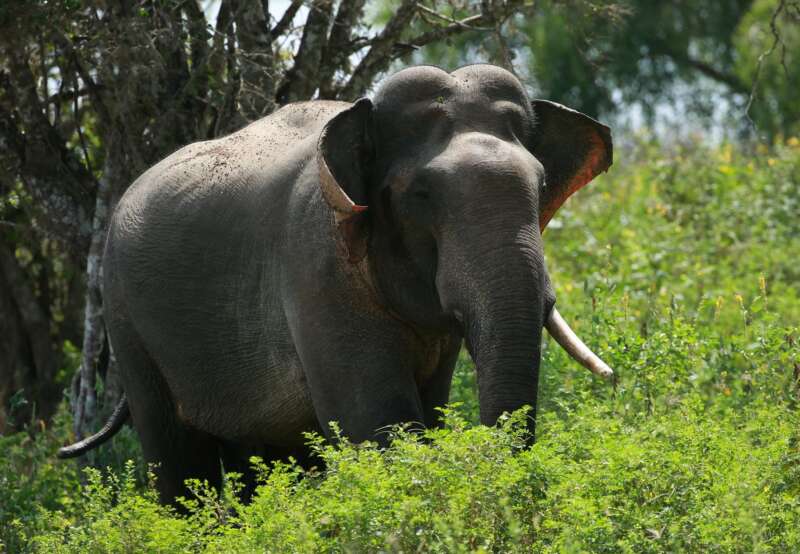 Gemunu Losses his second Tusk in 2020 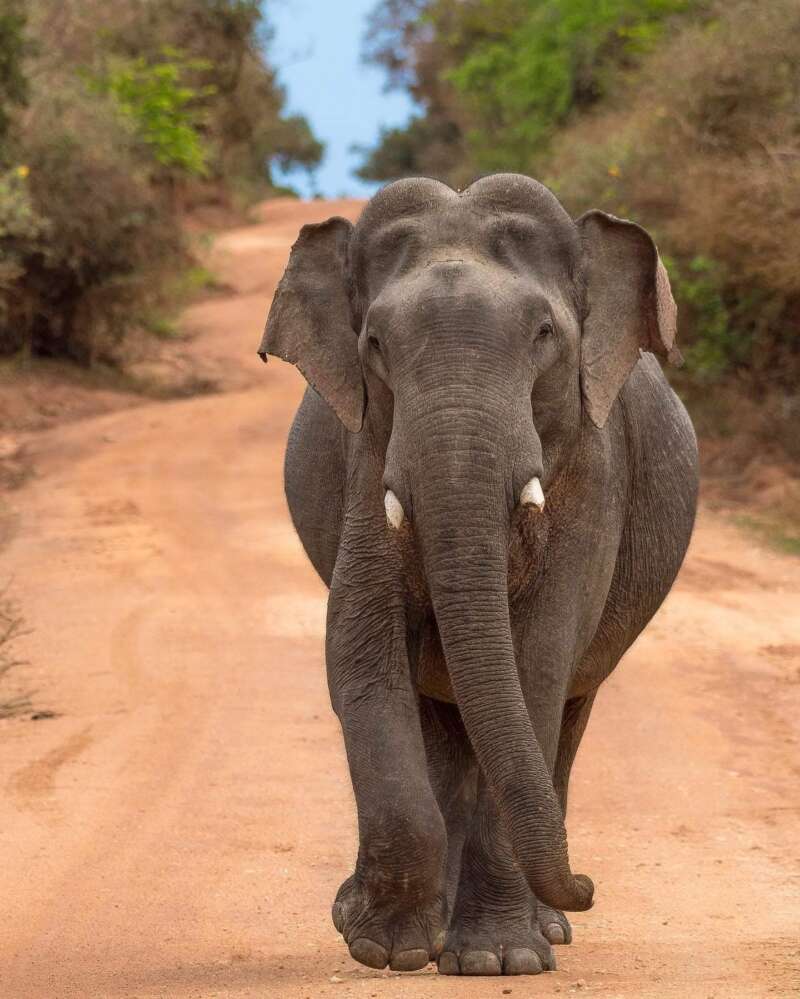 Department of Wildlife confirmed that Tusker Gemunu was injured due to gunshots and they further described that tusker has sustained injuries to his front leg.  Tusker was found collapsed in the park by wildlife authorities after being shot and Wildlife department conducted the treatments.

Let’s protect the Icon of Yala

Tusker Gemunu has become the most notorious and renowned character in Yala due to his mischievous behavior. When you travel in Yala National Park, you will have a chance to see him middle of the road and definitely he will stop your jeep for asking food. But we kindly request the visitors who are visiting Yala National Park not to feed or give any food to this elephant as well as to other animal as they are wild animals. It will disturb their natural habitants also it risks their lives.

Traumland Tours request you to visit this beautiful paradise island and visit the National parks in the country. Enjoy a true wildlife adventure in Yala National Park during your trip and make it one of the best trips ever. 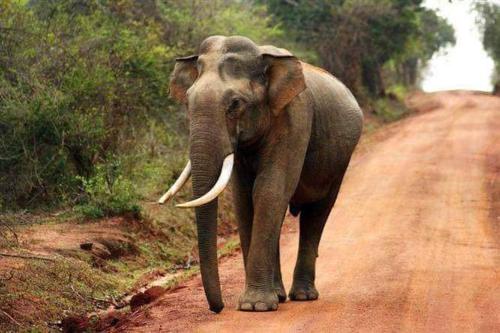