Fascinate your passion of traveling with our Enchanting Sri Lanka tour. This tour itinerary is included of Cultural Triangle, Ancient & heritage sites, breathtaking landscapes, adventures, Sri Lankan life style and pristine beaches. An ideal tour for travelers who loves to explore the best of the island in ten days with daily excursions. 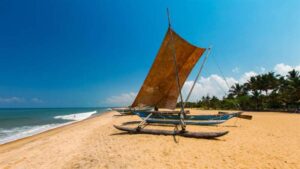 You will be welcomed & picked up by our chauffer guide from Colombo International airport & transfer to Negombo for your first night stay.

Negombo is a major tourist destination in Sri Lanka. This city is an ideal and liberal place with luxury, tropical life style, for those who want quick access to and from the country’s main international airport and also to Colombo city. The 100 km long canal network running through the city is still used, and outrigger canoes and modern water-craft ply this route daily, for trade and tourist purposes. Remnants of colonization include the Dutch fort built in 1672, as well as centuries-old Portuguese and Dutch houses, Administrative buildings, Churches and the ceiling frescoes of St. Mary’s Cathedral. Negombo is also home to the country’s second-largest fish market, also locally famous as being called the “Lellama (Lel-La-Ma)”, at the north end of the town’s lagoon. There are daily fish auctions, which give tourists a chance to meet the area’s fishermen, buy fish and even organize fishing trips into the lagoon and the ocean beyond.

Breakfast at the hotel and leave for Anuradhapura Ancient City. Visit the cultural sites. Best Tourist transportations in Sri Lanka
Anuradhapura is the birthplace of Sinhala civilization & one of the world’s largest archeological sites. It is considered as the greatest monastic city of the ancient world, & was founded in the 5th century BC. In the evening visit to Mihinthale Rock Best Tourist transportations in Sri Lanka

Mihinthale – “The Cradle of Buddhist civilization of the country”

Mihintale is a mountain peak near Anuradhapura. It is believed by Sri Lankans to be the site of a meeting between the Buddhist monk Enlightened Mahinda and King Devanampiyatissa which inaugurated the presence of Buddhism in Sri Lanka. This happened in 247 BC- 3rd Century BC (2300 years ago). It is now a pilgrimage site, and the site of several religious monuments and abandoned structures.

After Breakfast and leave for Polonnaruwa Cultural Site and Ruins. Explore the ancient city & ruins of Polonnaruwa.

Polonnaruwa is the main town of Polonnaruwa District in the North Central Province, Sri Lanka. Kaduruwela area is the Polonnaruwa New Town and the other part of Polonnaruwa, remains as the royal ancient city of polonnaru kingdom. The second most ancient of Sri Lanka’s kingdoms, Polonnaruwa was first declared the capital city by King Vijayabahu I, who defeated the Chola invaders in 1070 to reunite the country once more under a local leader.The Ancient City of Polonnaruwa has been declared a World Heritage Site. Best Tourist transportations in Sri Lanka
Afternoon make a Safari trip to “Minneriya National Park”, looking for elephants, deer, peacocks, boars, and many kinds of birds. 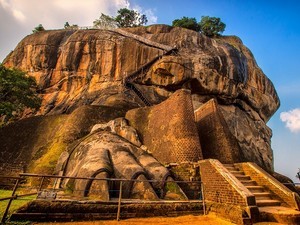 Sigiriyya is an ancient palace located in the central Matale District near the town of Dambulla in the Central Province, Sri Lanka. The name refers to a site of historical and archaeological significance that is dominated by a massive column of rock nearly 200 metres (660 ft) high. According to the ancient Sri Lankan chronicle the Culavamsa, this site was selected by King Kasyapa (477 – 495 CE) for his new capital. He built his palace on the top of this rock and decorated its sides with colourful frescoes. On a small plateau about halfway up the side of this rock he built a gateway in the form of an enormous lion. The name of this place is derived from this structure —Sīhāgiri, the Lion Rock. The capital and the royal palace was abandoned after the king’s death. It was used as a Buddhist monastery until the 14th century. Best Tourist transportations in Sri Lanka
Sigiriya today is a UNESCO listed World Heritage Site. It is one of the best preserved examples of ancient urban planning. It is the most visited historic site in Sri Lanka
After Sigiriya leave for Kandy via Dambullan and Matale. En route visit Golden Rock Temple
Golden Rock is a cave temple which dates back to the 1st Century .BC. Its rock ceiling is one large sweep of colorful frescoes which depict Buddhist mythology and the tales of the Buddha’s previous births. The caves house the largest collection of Buddha statues in one place.

Kandy is the second largest city in the country after Colombo. It was the last capital of the ancient kings’ era of Sri Lanka. The city lies in the midst of hills in the Kandy plateau, which crosses an area of tropical plantations, mainly tea. Kandy is both an administrative and religious city and is also the capital of the Central Province. Kandy is the home of The Temple of the Tooth Relic (Sri Dalada Maligawa), one of the most sacred places of worship in the Buddhist world. It was declared a world heritage site by UNESCO in 1988.
Visit the most venerable Buddhist temple of the Buddhist World “The Sacred Temple of tooth”.

Breakfast at the hotel and leave for Nuwara Eliya. 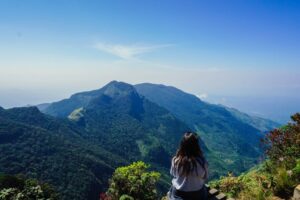 Arrange packet breakfast from the hotel and leave at 04.30am from your hotel in Nuwara Eliya for a breathtaking trekking of Horton Plains and World’s End.

Horton Plains is a unique natural attraction in Sri Lanka. It is located in the highest plateau of the country and its known for its beautiful landscapes and rare plant and animal life. The Horton plains is one of the most important catchment areas in Sri Lanka which acts as a giant sponge which store rain water and then feed several major rivers of the country throughout the year. The vegetation mainly consists of wet grass lands and montane forest. The weather at Horton Plains is quite dynamic. Average temperature varies between 5 degrees Celsius to 27 degrees Celsius.
After Horton Plains & World’s End trekking, come back to your hotel in Nuwara Eliya. Get a refresh, check out from the hotel and transfer to Tissamaharama.
En route stop at the beautiful mountain town “Ella”, and one of most scenic waterfall “Ravana Waterfall”. 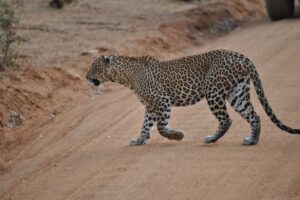 Do a morning Safari Tour at Yala National Park.

Yala National Park is the most visited and second largest national park in Sri Lanka. The park consists of five blocks, two of which are now open to the public, and also adjoining parks. The blocks have individual names such as, Ruhuna National Park (block 1) and Kumana National Park or ‘Yala East’ for the adjoining area. It is situated in the southeast region of the country, and lies in Southern Province and Uva Province. The park covers 979 square kilometers (378 sq mi) and is located about 300 kilometers (190 mi) from Colombo. Yala was designated as a wildlife sanctuary in 1900, and, along with Wilpattu was one of the first two national parks in Sri Lanka, having been designated in 1938. The park is best known for its variety of wild animals. It is important for the conservation of Sri Lankan elephants, Sri Lankan leopards and aquatic birds.

After the Yala safari tour, go back to the hotel in Yala and check out. Leave for the sandy beaches of Bentota.  En route- visit and explore the UNESCO World Heritage Site “Galle Dutch Fort”. 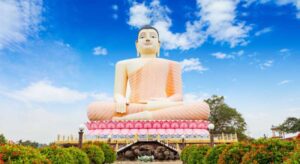 A giant Buddha Statue atop a colorful pedestal at Kande Viharaya Buddhist Temple is an 18th-century hilltop temple. The Statue of Lord Buddha is at 160 feet tall and one of the tallest sitting Buddha statues in the world. 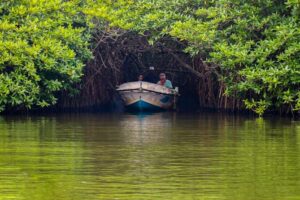 Check out from your hotel and transfer to the capital of Sri Lanka ‘Colombo’. En route visit Balapitiyta and do a scenic boat safari tour of ‘Madhu River’.

In the Southern region of Sri Lanka lies the Galle district. Balpitiya is a little town in the district and would be quite unimportant; except for the location of a river. The Madu River is very rich in biodiversity. It passes through the wet zone of Sri Lanka opening up into the large Madu Lagoon on its way to the Indian Ocean. The Madu River Safari is popular activity that has to be on the ‘to do’ list of any respectable Sri Lankan holiday goer. This unforgettable activity last for over two hours and gives a visitor a chance to travel the secretive passages through the mangrove forests and see the ecology.
After the boat safari tour of Madhu River, proceed to Colombo.

Transfer back to Colombo International airport for your return flight back home from Colombo after an amazing tour of Sri Lanka.

What to Pack for Sri Lanka 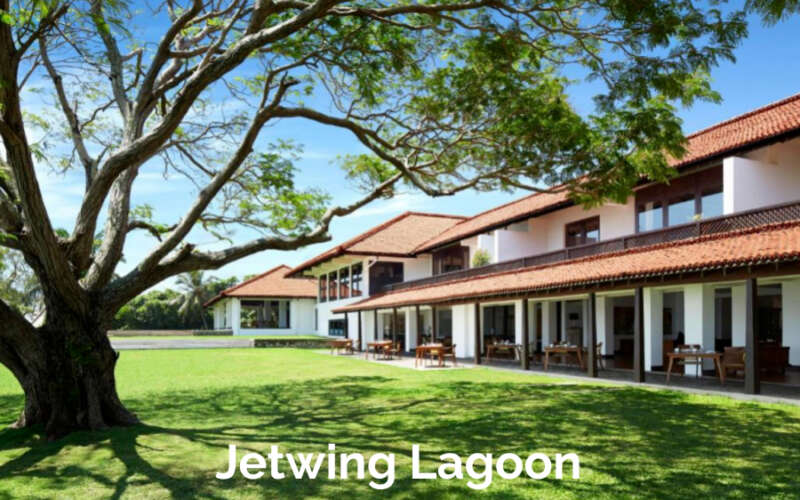 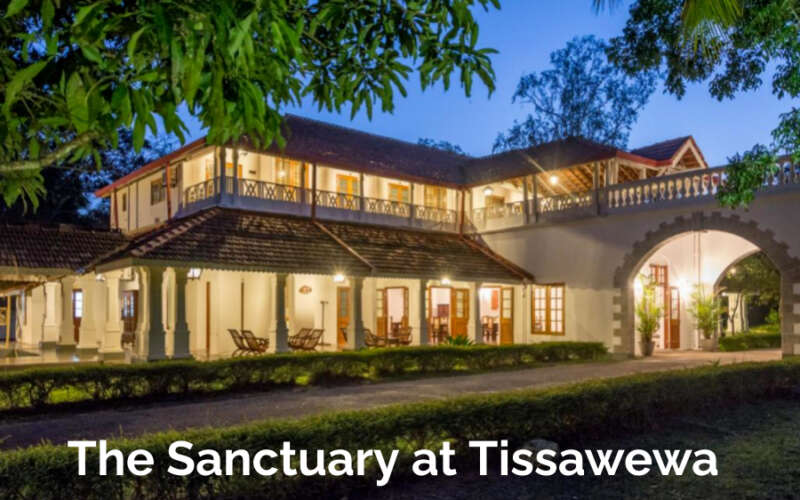 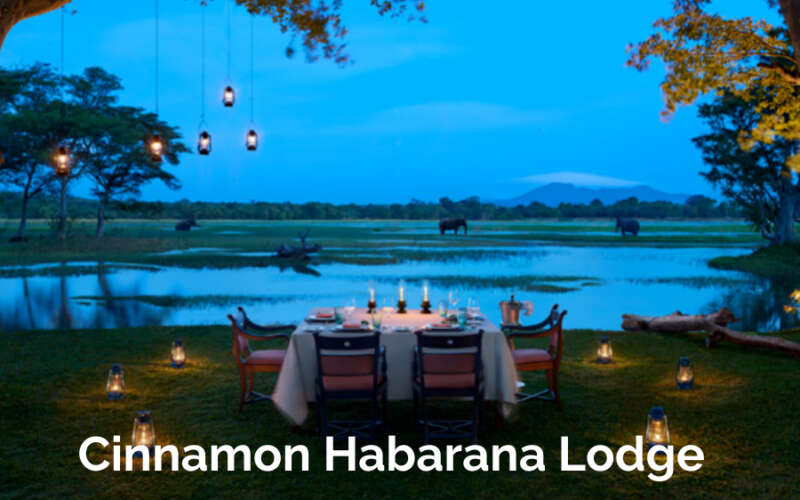 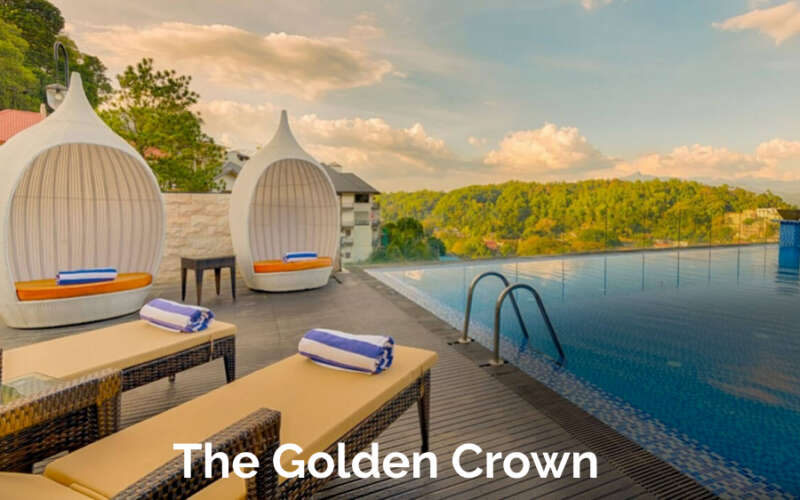 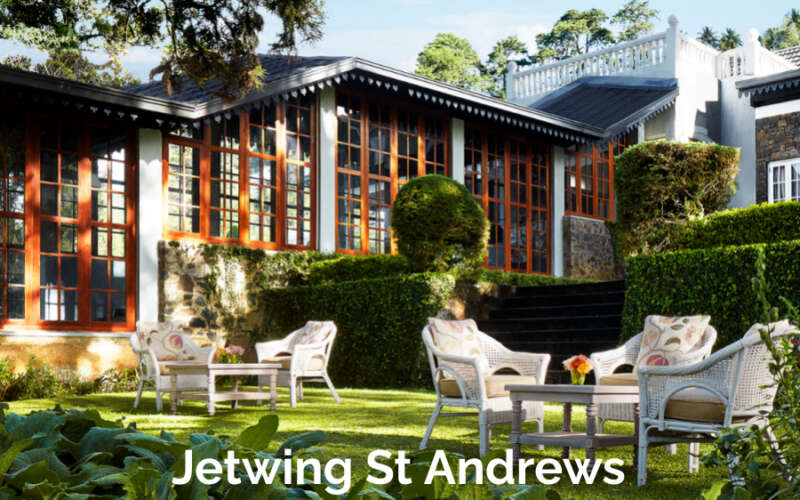 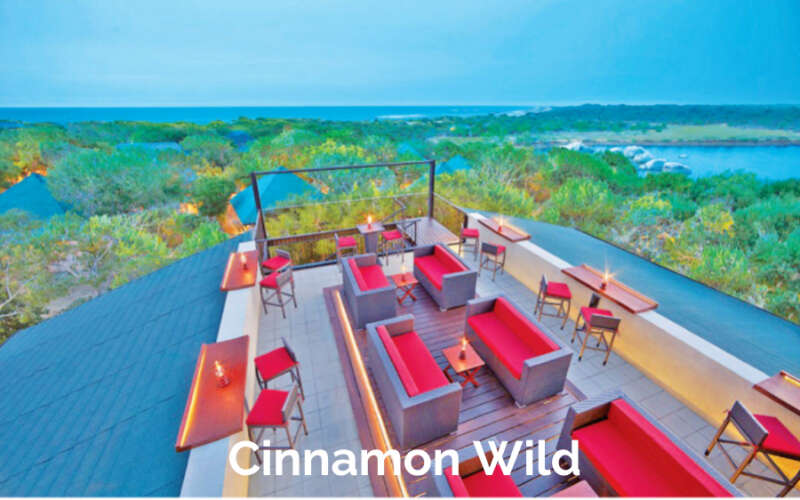 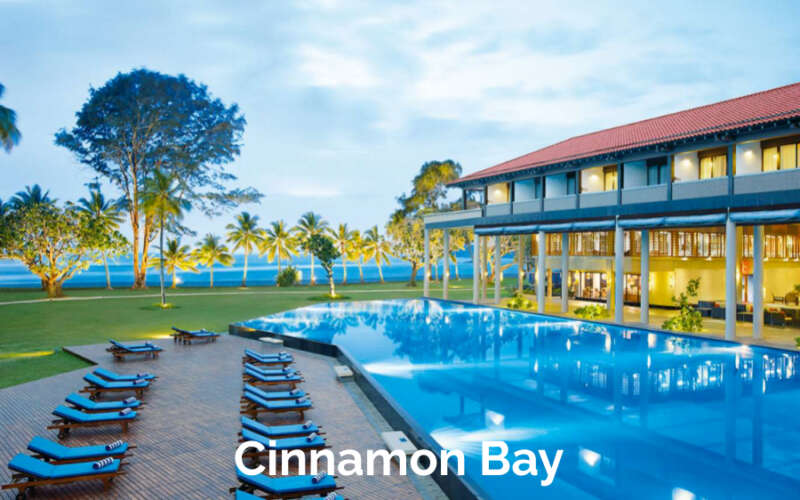 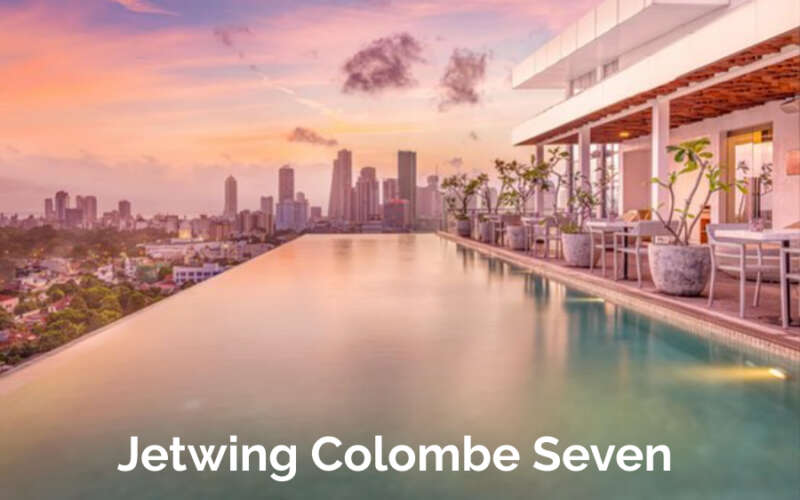 We draft Tailor- Made tours as per the wish of our every client. Let us know your ideas & requests by e-mail or phone.