There are many ways of human beings show their talents by creating different kinds of forms. Piece of arts & crafts, poetries, sculpturing, writing books and making movies. Among these, movies or digital stories bring us to an incredible imagination. Film industry is one of the strongest form of arts that takes the attention of all types of spectators. Film industry has become one of the major entertainment modes in the world and hundreds of movies are released in every year. One of the secret ingredients of a successful film that makes the film captivating is choice of the location or environment. Every single spectator will be fascinated by the location of the film as the location has become a piece of art. As a result of this, “Film Tourism” is born decades ago and film makers seek to find ideal destinations that fit to their story & imagination.

Sri Lanka featured on the screen of Golden cinemas

Tea drop shaped tiny island “Sri Lanka” became an eye catching destination for its uniqueness, diversity, Climate, rich vegetation & natural characteristics, its exceptional  culture  & man- made heritage sites that have enthralled the giants in world Cinema – Hollywood and Bollywood since year 1925. This paradise island has lots of dream locations for any type of film maker who is willing to gain world class recognition.

Here in this show case, we are bringing you the iconic international films that were filmed in Sri Lanka. 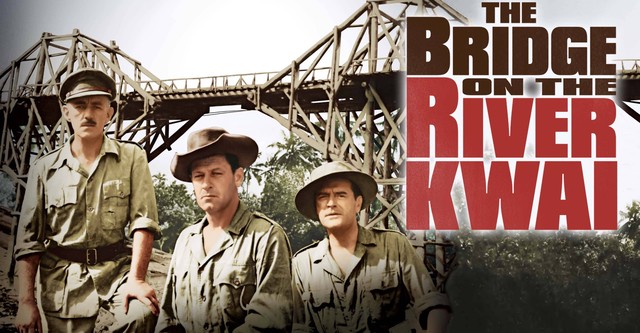 British- American an epic war movie that was directed by David Lean in 1957 and it was released on 2nd of October in 1957. The story was based on the written by Pierre Boulle in 1952. The movie was filmed in one of scenic areas of Sri Lanka “Kithulgala” that is located in western edge of the country. The Iconic bridge was built over the fourth longest river of Sri Lanka “Kelani River”. Starring William Holden, Alec Guinness, Jack Hawkins, Ann Sears and Geoffrey Home. The Bridge 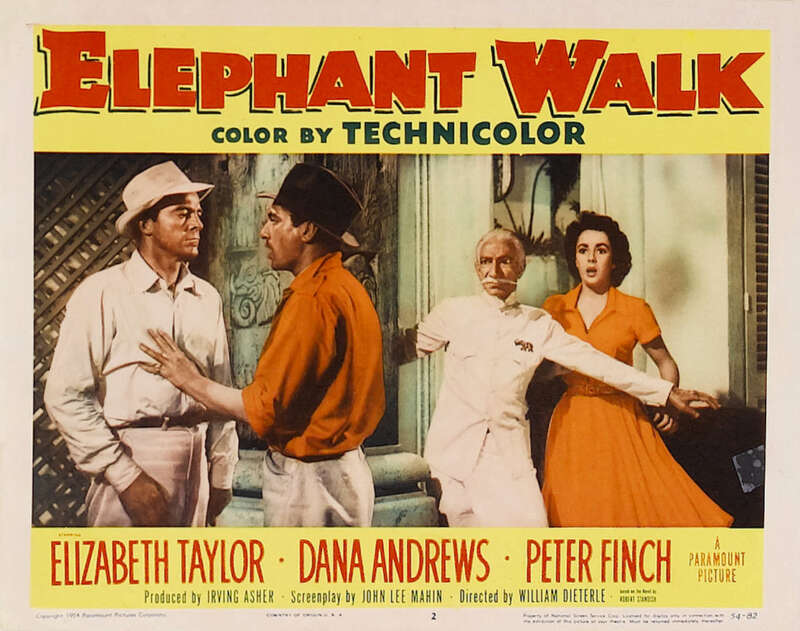 Starring the iconic actress- Elizabeth Taylor, Peter Finch and Dana Andrews, directed by the American director – William Dieterie and produced by Paramount Pictures in 1954. The movie was based on the 1948 novel –“Elephant Walk” by  Robert Standish. The story about a marriage couple who faces struggles whilst living in colonial Ceylon. The husband (Peter Finch) is a Colonial Tea Planter and his newly married wife (Elizabeth Taylor) is living in a tea estate that is located in Kandy area and few tea estates of Kandy were used to shoot the movie. Apart from tea estates in Kandy, renown garden “The Brief Garden” of legendary Dutch Architect “Geoffrey Bawa” also used for some scenes. Rest of the movie was filmed in a studio in Hollywood. 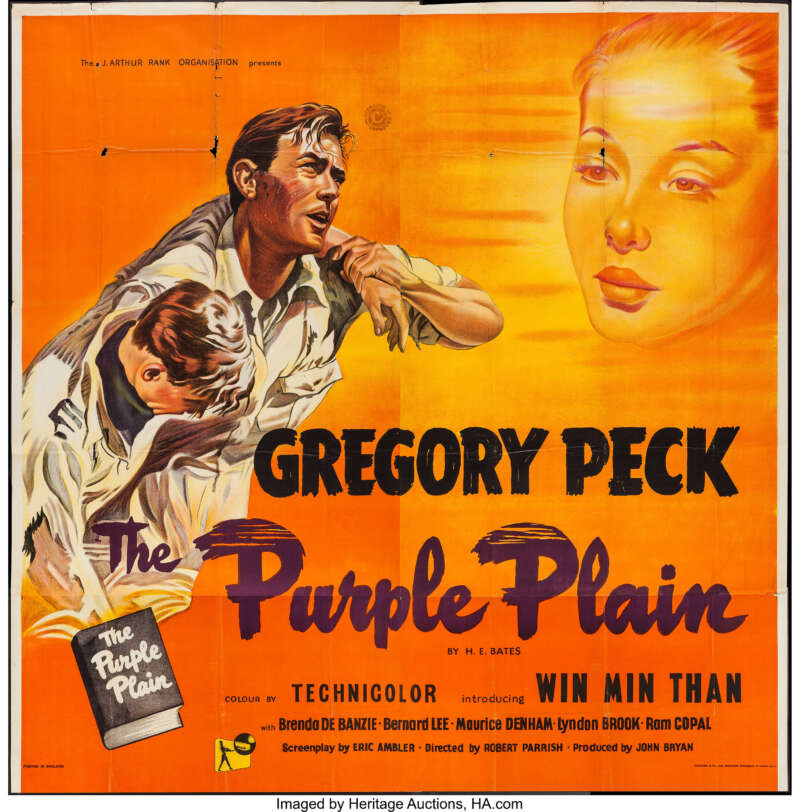 The Purple Plain movie was directed by Robert Parrish and released in 14th September 1954 in United Kingdom. This was a war movie that based on the novel by H.E Bates. Legendary actor Gregory Peck played the role as a pilot from Royal Canadian Air Force who is struggline with depression after losing his wife.  The movie reveals the latter parts of the second world war, tells a story about three men after crashing in Burma and trying to survive in a Japanese Territory. The Purple Plain movie was filmed in Sigiriya and Koggala areas in Sri Lanka and it became successful in a box office while nominated as the 11th most popular movie in 1954. 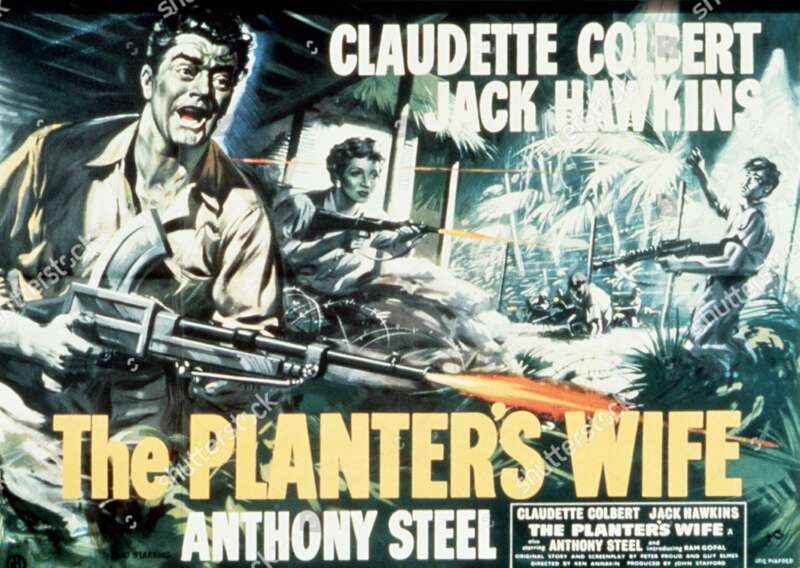 The Planter’s wife was directed by British Film director Ken Annakin and It was released in 1952. This was a British war drama film & the story was based on the novel of Sidney Charles George. This was a black & white and stars Claudette Colbert, Jack Hawkins, Jeremy Spencer, Helen Goss and Anthony Steel. 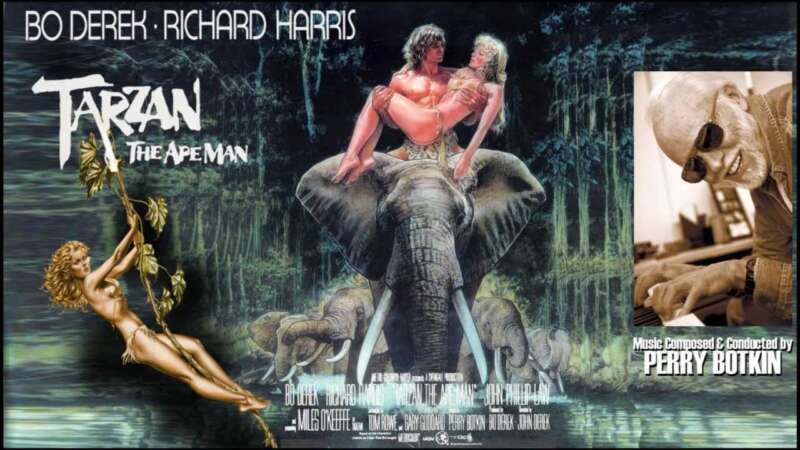 Directed by John Derek and distributed by Metro-Goldwyn Mayer movies. This was released in 7th of August in 1981 in United Sates of America. Tarzen the ape man movie was filmed in Kandy & surrounding hills as well as the UNESCO world Heritage site “Sinharaja Forest Reserve” due to the rich vegetation and wildlife of the country. Stars Bo Derek, Miles O’ Keefe, Richard Harris and John Philip Law

The Hero of Adventure movies all time, the name that always comes “Indiana Jones”. Indian Jones and the temple of doom movie was directed by the legendary film director Stephen Spielberg in 1984. And distributed by Paramount Pictures. One of most hits and iconic Adventure movies all time. Starred by Harrison Ford, Kate Capshaw and Roshan Seth. Some of the scenes of the movie was filmed in Kandy, Sri Lanka 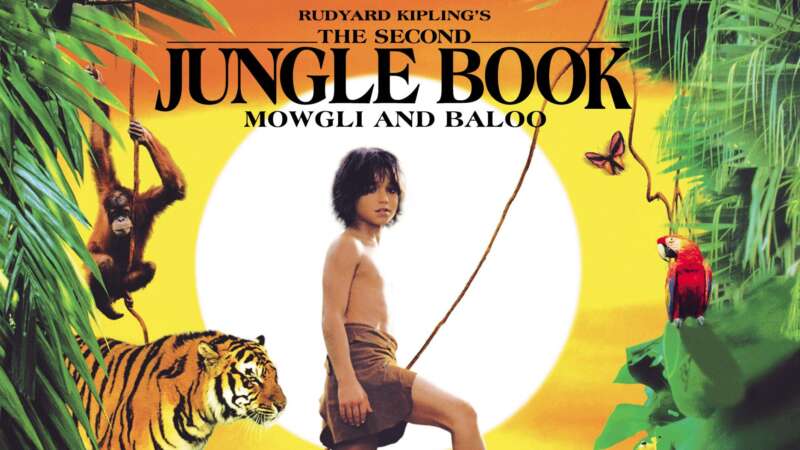 This famous movie was directed by Dee McLachlan, distributed by Tristar Pictures and Columbia Pictures. Initial release dates was on 16th of May 1997. This American Adventure movie was filmed in the Hillside capital of Kandy, Sri Lanka. Jamie Williams plays the role of Mowgli, Billy Cambell , Roddy McDowall and David Paul Francis plays supporting roles in the movie. Sri Lankan actors such as Wijerathne Warakagoda, Sunil Hettiarachchi and Raja Sumanapala also played their roles in the movie. 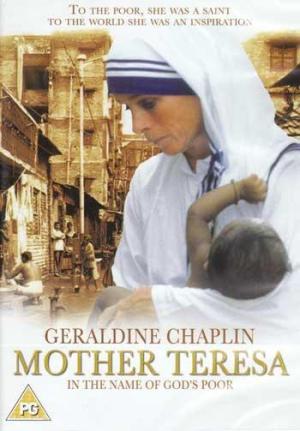 This epic biological film was directed by Kevin Connor and written by Dominique Lapierre in 1997. Geraldine Chaplin is starring as Mother Teresa. This movie is about Mother Teresa’ Journey in helping the poverty in Calcutta in India during her lifetime. The movie was mainly filmed in slums In Colombo, Sri Lanka and its surroundings while employing top Sri Lankan Actors and actresses such as Veena Jayakodi, Yashodha Wimaladharma and Nimmi Harasgama.

Water movie was directed by the controversial Indo- Canadian director Deepa Mehta. The released on 4th November 2005. The movie tells a story about widows who lived at an Ashram in Varanasi, India in 1938, Movie tells the tales of rural Indian widows and covers controversial subjects such as child marriages,  ostracism and misogyny. This movie was honored with the Opening Night Gala at the Toronto international movie Festival in 2005. Starring Lisa Ray, Sri Lankan child actress Sarala Kariyawasam and Seema Biswas. Water movie was filmed at several locations in Colombo and Kandy, Sri Lanka

This is an American nature documentary movie, directed by Mark Linfield & Alastair Fothergill. Distributed and pictured by Walt Disney Studios Motion Pictures. Monkey Kingdom became an epic documentary and has amazed the whole world by the beauty of the lush jungles of the ancient Kingdom of Polonnaruwa where it was filmed.