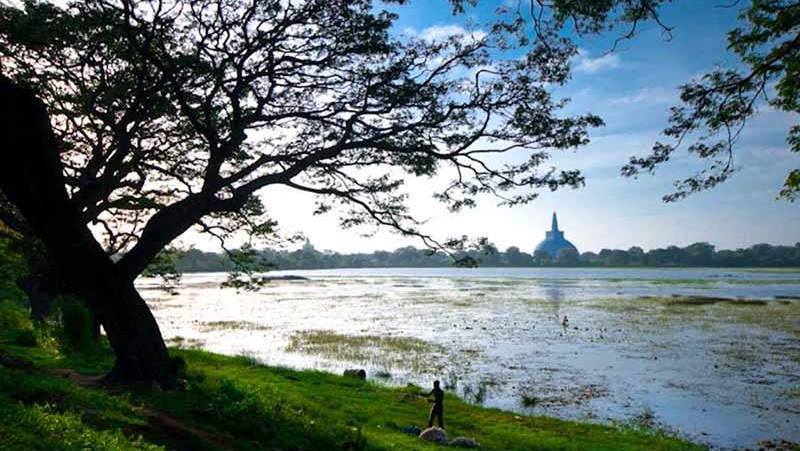 The scenic island- Sri Lanka at the tip of the South Indian subcontinent is well stocked with magical grandeurs including heritage sites, historical landmarks, breathtaking nature, untamed wildlife and natural wonders. Being a culturally diverse land, Sri Lanka has so much to offer in terms of longstanding unique tradition & customs. Affluent history which is full of legendary tales, abundant in culture. Sri Lanka is absolutely one of the most propitious tourism destinations on Earth. Much of the island’s culture is driven around its 2500 years old ancient royal lineage that’s said to be among the longest in the world. Much of Sri Lanka’s deep embedded civilizations are found in the Cultural Triangle with the ancient cities of Anuradhapura, Polonnaruwa and Kandy making up the tree peaks. Top tourism companies in Sri Lanka

The era of Anuradhapura monarch began in 377 BC with its very first King Pandukabhaya and continued until King Mahinda V whose dominion ended in 1017. Under the notable kings the greatest King Dutugamunu, King Valagamba, King Vasabha, King Dhathusena and King Mahasena, the city thrived in strength and treasures.  Beautiful lakes known as tanks or “Wewa” in Sinhala locally including the revered Tissa Wewa, Basawakkulama wewa, Nuwara Wewa add a scenic of aquatic charm to this ancient city that is adorned with countless stupas and Buddhist stupas. Top tourism companies in Sri Lanka

Visitors will witness the majestic ruins of a once-golden kingdom that stands testimony to the prosperous and legendary spell of a bygone era.  Now Anuradhapura ancient city is a UNESCO World Heritage site and the home of Buddhism for many centuries. This ancient city is located about 200 kilometers from Colombo, the ancient city is one of the oldest continuously inhabited locales in the world; it was even marked in Ptolemy’s world Map. 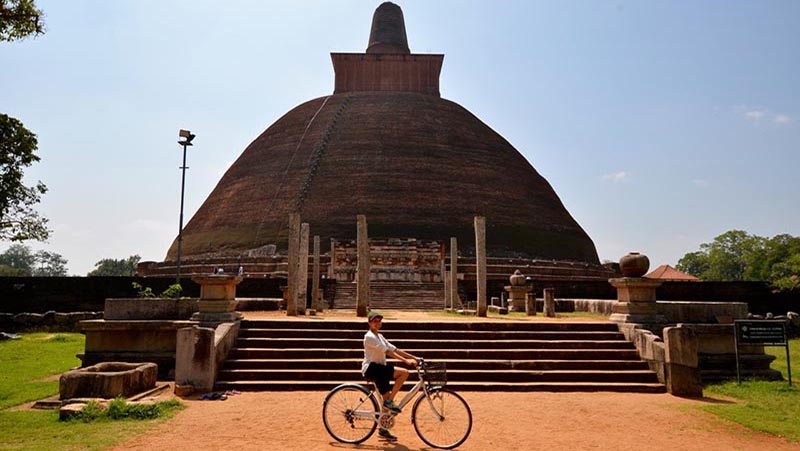 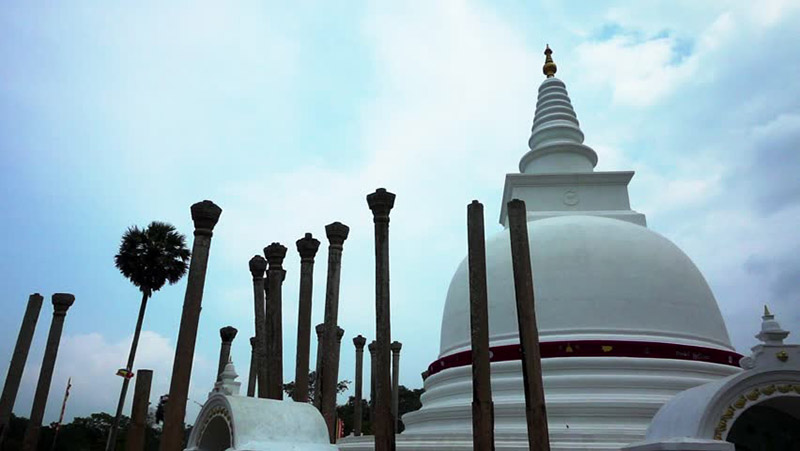 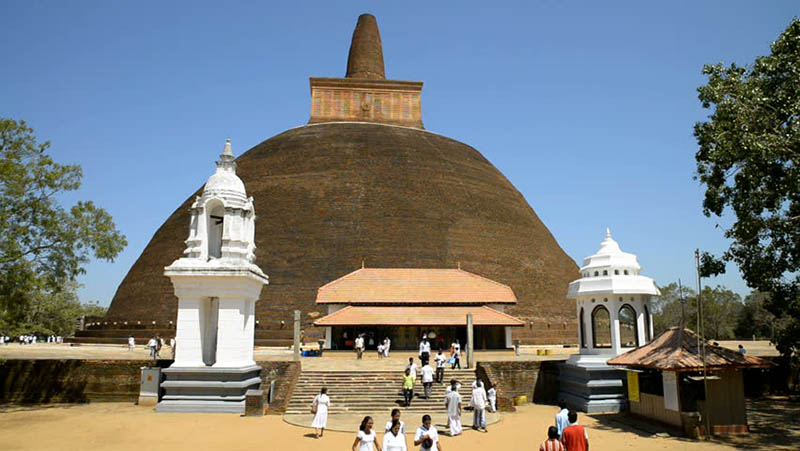 Polonnaruwa is the second and the medieval capital of Ancient Sri Lanka. The island witnessed many foreign invasions from India, and thus began the Polonnaruwa Era when king Vijayabahu I defeated Chola (South Indian invaders) invaders in 1070 and declared the city as the nation’s capital. The golden and the best era of Polonnaruwa was during the reign of Great King Parakramabahu I when trade and agriculture thrived. With his resolve to not allow a single drop of water that fall from the skies go to waste. The construction of the sea of Parakrama (Parakrama Samudra) was also a landmark of his reign.

Other most highlighted sites in Polonnaruwa include the Terrace of the Tooth Relic (Dalada Maluwa) which is one of the holiest places in Sri Lanka, as well as the Circular House of Polonnaruwa (Vatadage) with its ornate carvings of lions, lotuses and dwarfs at the entrances. This era is well known for the differences in its moonstones (Sandakada Pahana) which are decoratively carved stone slabs placed at the beginning of staircases and entrances of important royal and holy buildings.  The most highlighted and the venerated site in Polonnaruwa Ancient city is the Uttarama (Nothern Temple) or Gal Viharaya (The Rock Temple). Housing four magnificent Buddha statues carved out of the huge granite rock, the site’s highlight is a 14 meters long statue of the reclining Buddha.

You may see other beautiful attractions of the ancient city include the Pothgul Viharaya, The Royal palace of King Parakramabahu I, Statue of Parakramabahu I, Nelum Pokuna (Lotus Pond) and the largest stupa of Polonnaruwa- Rankoth Vehera (The Golden Canopy Stupa) 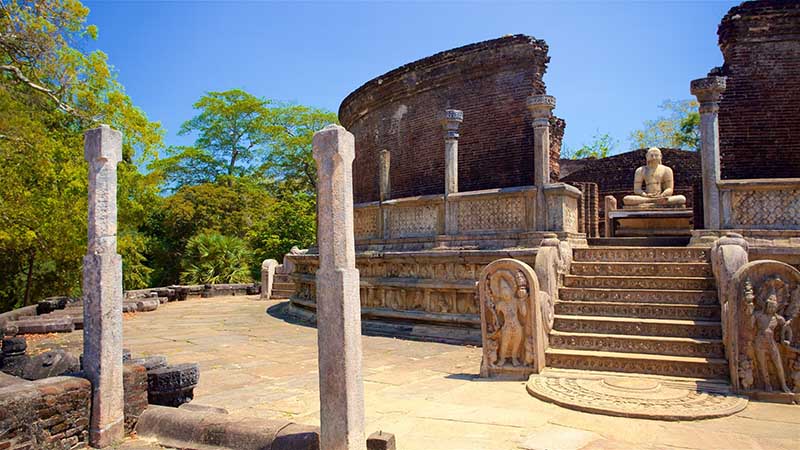 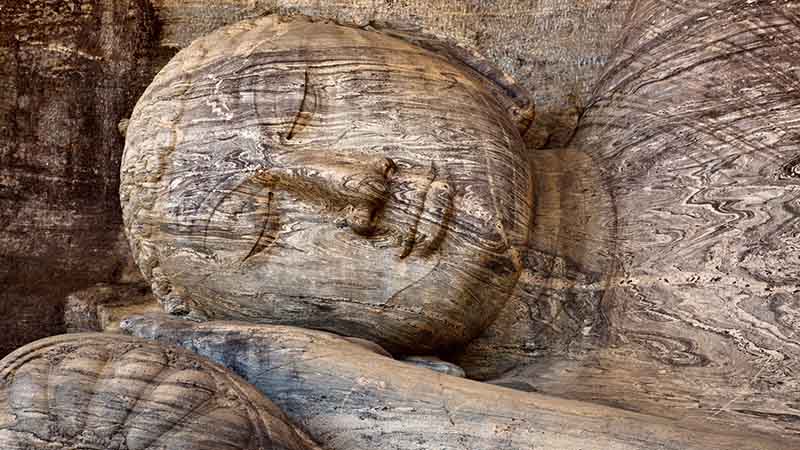 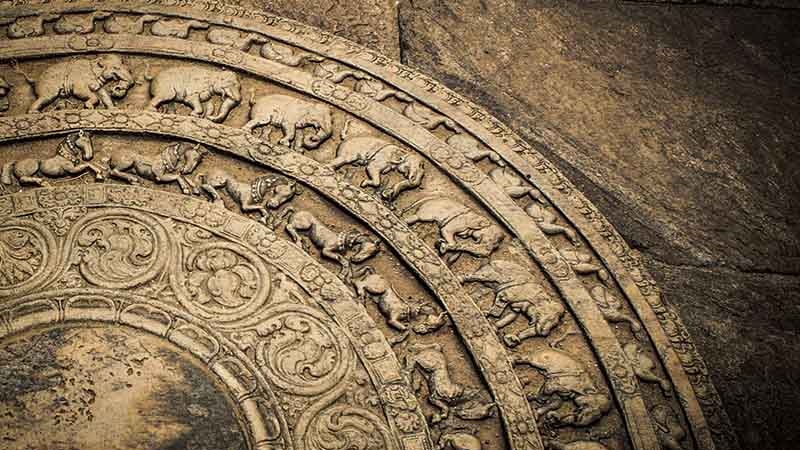 A not to be missed historic attraction is the timeless Sigiriya Rock Fortress that was the home of arguably one of Sri Lanka’s most creative kings. This place is declared as the 8th wonder of the ancient world. Sigiriya is located in the middle of the cultural triangle and houses the ruins of a fortress with an incredible palace complex, water garden, flower garden and the world famous Sigiriya frescoes. The ancient drawings of “Apsaras”, believed to be either deities or members of the king’s harem. 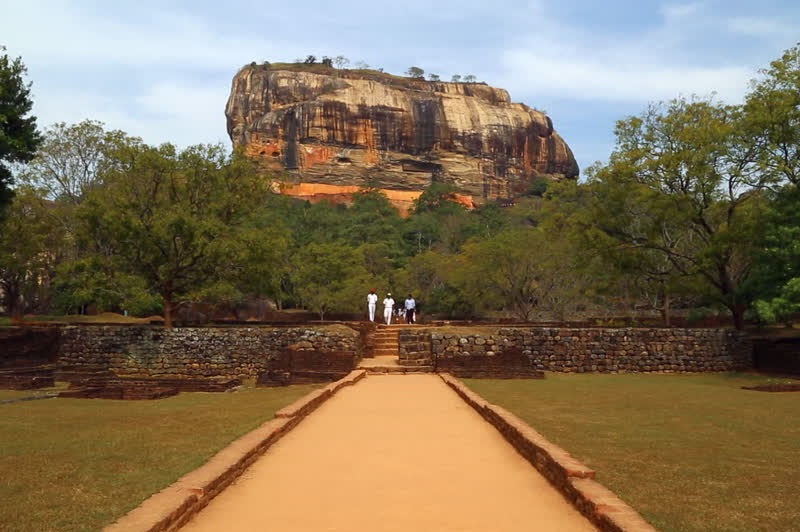 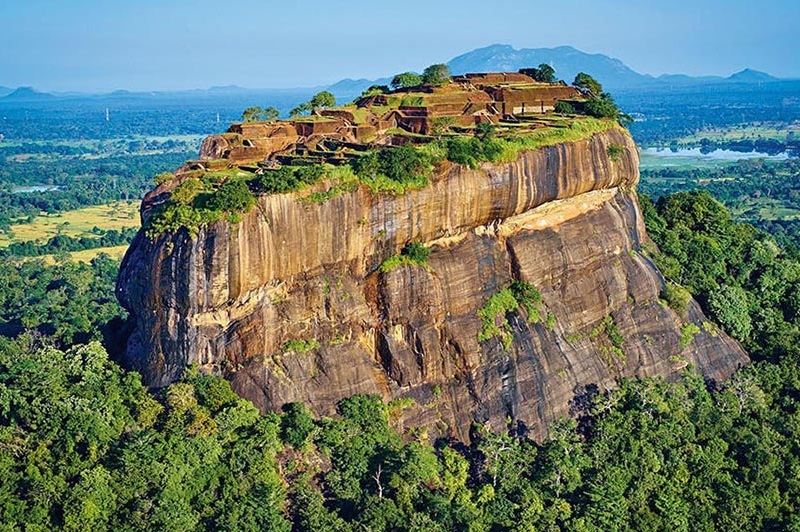 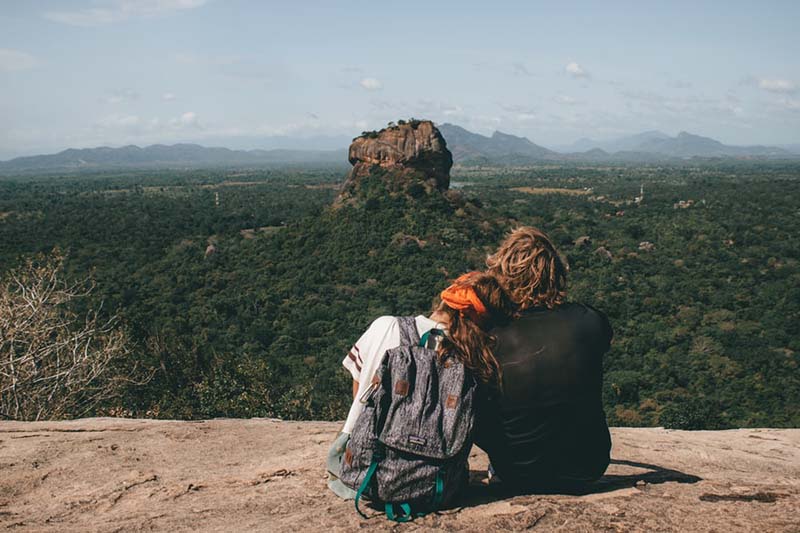 Another major cultural highlight of the country which houses elaborately carved Buddhist Cave temples with numerous statues and murals. Initiated by the great King who was well known as the king of temples- King Valagamba I. The Cave temples of Dambulla are not only as oasis for seekers of serenity but also the perfect spot to take in the picturesque views of the plains below. 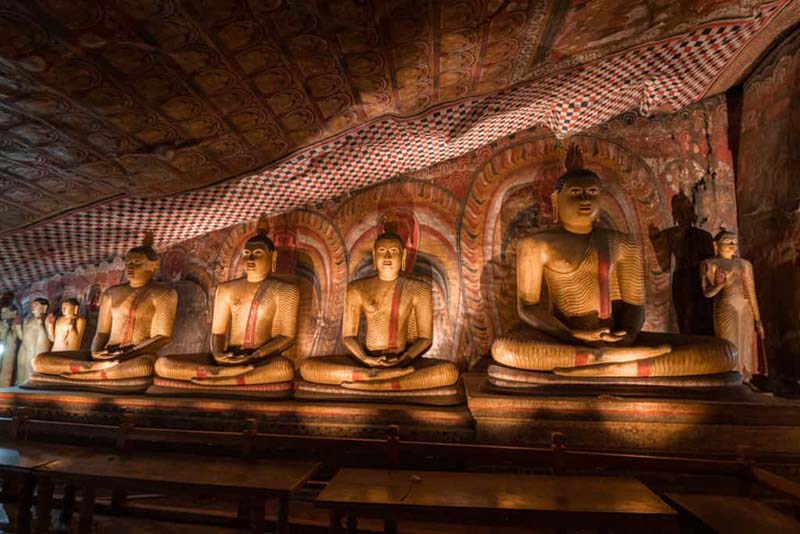 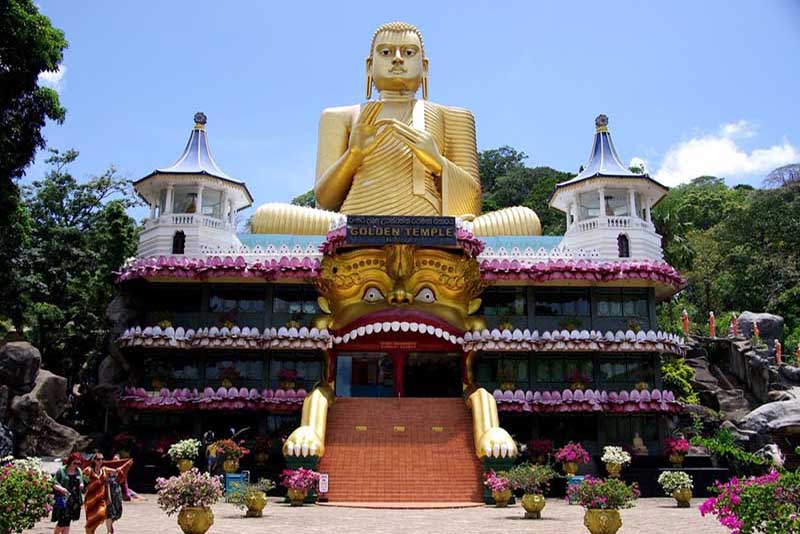 At the bottom point of the Cultural Triangle lies Kandy, the last kingdom of Sri Lanka. The place where the kings era got ended by British in 1848. And perhaps the most unique in terms of architecture and culture. Nestled in the cool hills, the Kandyan Kingdom’s centerpiece is the Sacred Temple of the tooth which is well know as “Sri Dalada Maligawa” among local devotees.  King Vickramabahu III built the first palace in Kandy realm.

The Kanduan Kingdom saw its last years under the reign of King Sri Vickrama Rajasinghe until it was ceded to the British in 1815 at the Royal Court- Magul Maduwa. Kandy is a beautiful city which is surrounded by hills and a home to historic monuments and the birthplace of one of most colorful festival in the world “Esala Maha Perehera”-the country’s most holiest and the grandest procession in which is the Sacred of Tooth Relic of Buddha is paraded through the city’s streets atop a royal Tusker who is accompanied by vibrant dancers, colorful drummers and stately torch bearers. Top tourism companies in Sri Lanka 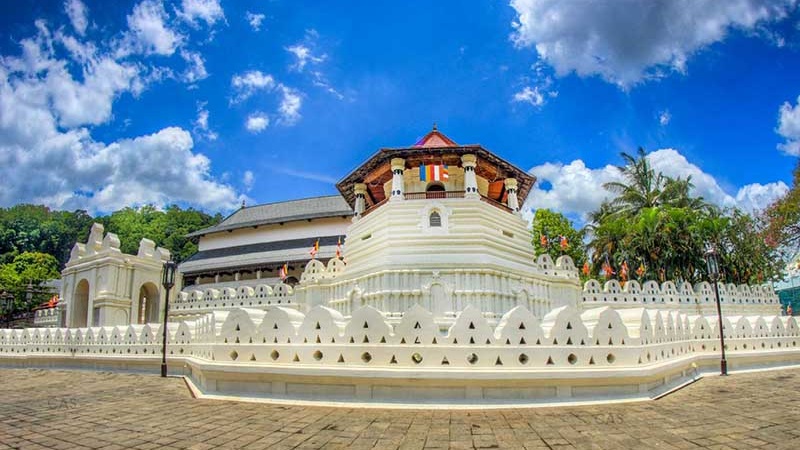 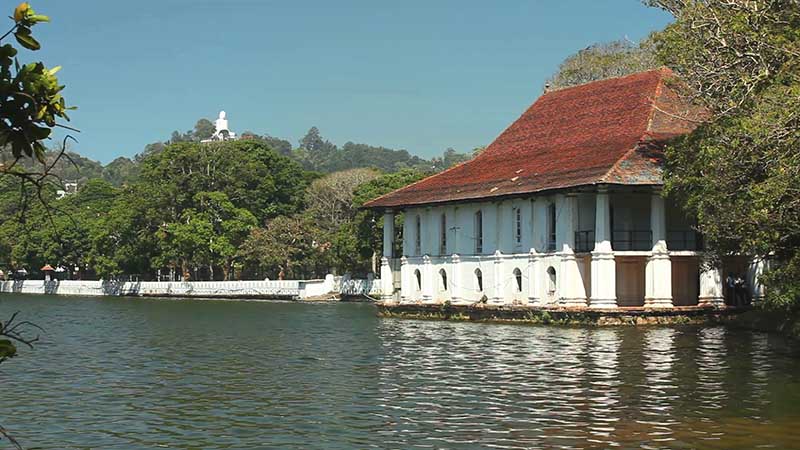 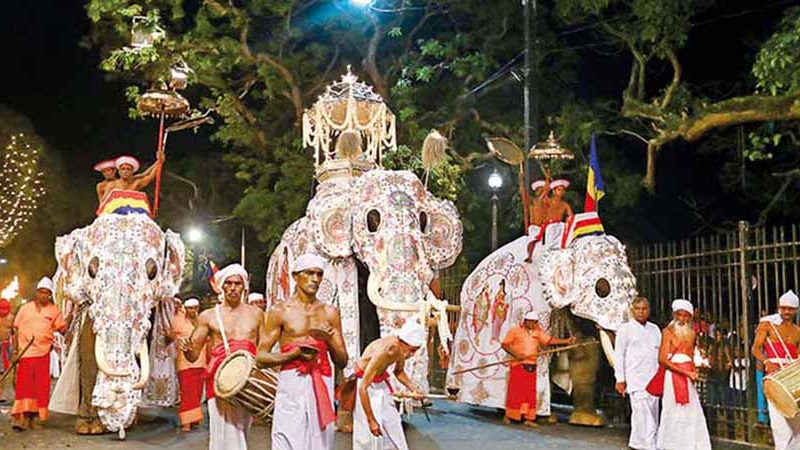