Ayurveda in Sri Lanka- Heal Your Body, Mind & the Soul 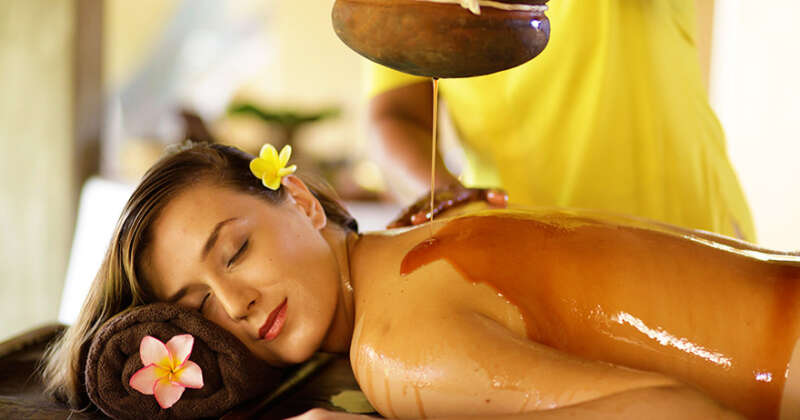 The concept of Ayurveda is old as the civilization of mankind. This had taken many turns, inherited many an ideology along the passage of time, getting refined in to a fine art. The meaning of “Ayurveda” is very special and is made of syllables. The first part “Ayur” means the “Life” & “Veda” means “Science”. A human being who wishes to live a long and a healthy life, should follow this old ancient concept. Simply it’s a science of life. The basic rule or the law is to live among and take care of oneself with nature. The living beings living on the surface cannot live under water and those that live under water cannot live on the surface. Nature is considered as the mother of all beings and that all living creatures are dependent on nature for their survival.

According to the archeological evidences & researches done by various archeologists & anthropologies, human civilization dates back 30,000 years. The Cave men of that age domesticated many wild plant, & herb varieties and used them for food and medicines to survive in the nature.

Ayurveda strictly follows the rules of nature as it points out; when, what, why, how much: to eat, to drink, to rest, to wash, to bathe, which help mankind to lead a perfectly healthy life.

There are two divisions in Ayurveda Treatments;

Also according to Ayurveda, it describes Three Biological Elements of a human body; 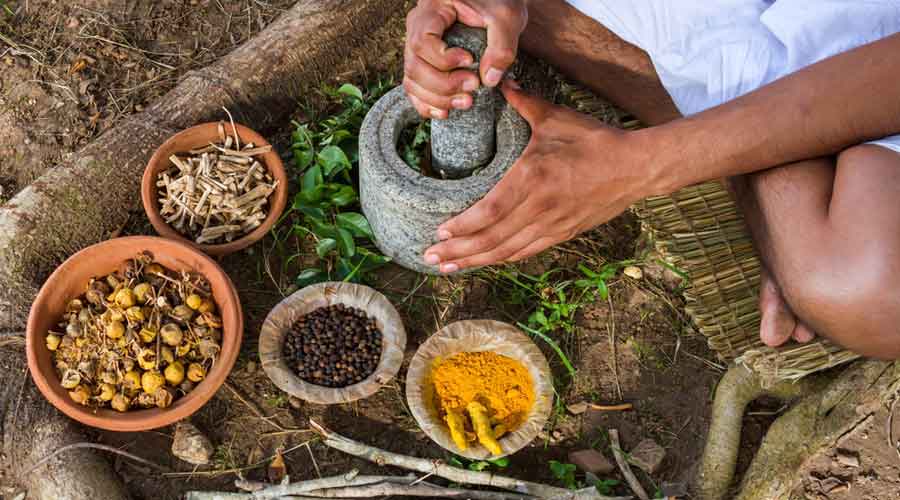 Sri Lanka’s indigenous medicine has similar origins, linked to the 35,000 to 30,000 year old native habitants of the land known as the Balangoda man (manavaya). Or Homosapien balangodanisis.  With the ancient history of Sri Lanka, traditional Ayurveda medicine as it is practiced today in the country, is based on an indigenous heritage preserved over 3000 years.

The Royal patronage has been given throughout the history to Ayurveda treatments. The evidences & information gathered from historical records such as chronicles and inscriptions give vivid details that how the royal patronage was given to Ayurveda during different kingships, the medicine & treatment systems, hospital systems and many more. According to the records, the present Ayurveda technique was introduced to Sri Lanka during the 3rd Century BC with the introduction of Buddhism from North India during the period of King Devanampiyatissa  (247-207 BC).

The earliest medicine system was called “Deshiya Chikitsa” that existed in Sri Lanka before the advent of Ayurveda. After introducing Ayurveda to Sri Lanka, since then it has merged with the indigenous medicine system of Sri Lanka. According to the renown Indian Epic legend “Ramayana”, it brings the history of Sri Lankan Ayurveda far back to 4000 years. It indicates that “Pulasthi Rishi”, the son of the Emperor Tharaka and father of the Emperor Ravana who lived over 4000 years ago in Sri Lanka was a well known & skilled physician. The son of Pulasthi Rishi, the Emperor Ravana who ruled Sri Lanka was also a physician and wrote 3 Medical Ayurveda books namely “Arka Prakashaya”, “Kumaratantraya” & “ Nadi Prakashaya” . Also Rawana was the inventor of distillation process according to the legends and folks. 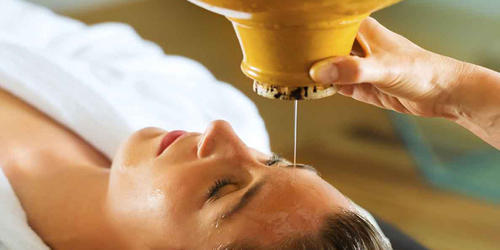 Another important & major treatment in Ayurveda. This treatment improves the health of the scalp and helps to grow a healthy hair. A deep sleep, brain functionality and relaxed minded is also promoted. 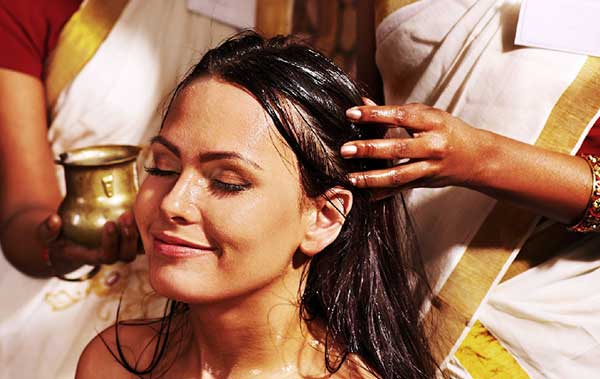 Intensive Body Massage relieves the body pain through a deep & a arithmetic touch. Pressing the pressure points gently and give a deep massage to all muscle groups of the body. This massage reduces the joint stiffness and facilitates their mobility. 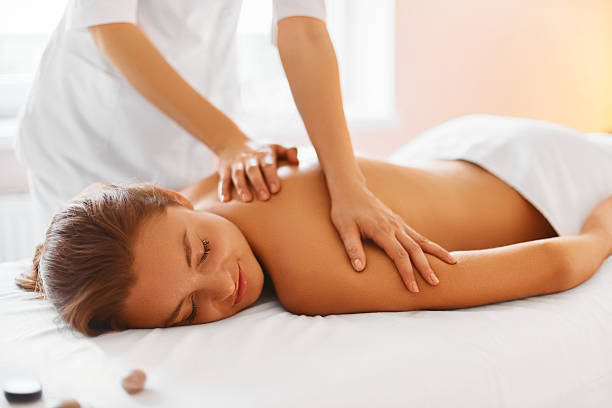 Your body is massaged by two qualified & well experienced therapists synchronously. This massage improves the muscle tension & the stiffness, relief the pain and improves the blood circulation of the entire body.

The foot massage arouses the internal organs as well as improves the relaxing phase in the human body. This massage is done by punctual pressing. 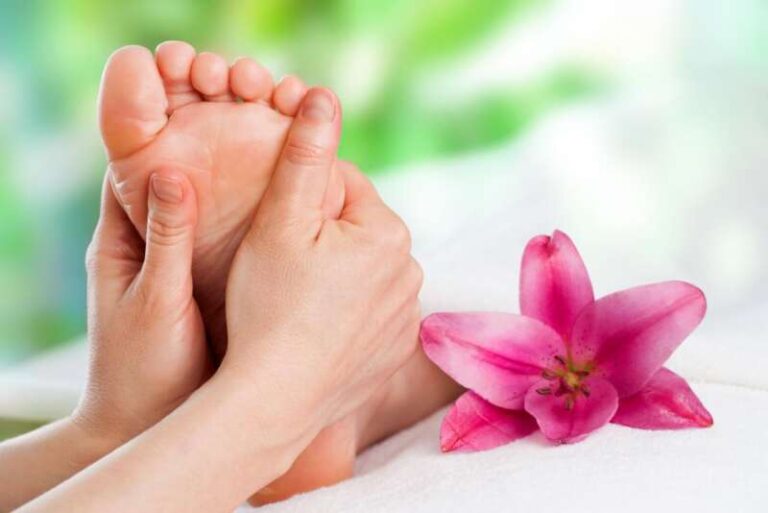 This is a special herbal steam in an Ayurvedic wooden chamber. The patient lays down inside chamber and the body is heated in certain temperature with herbs. This is a herbal steam bath as a comprehensive body detoxification. 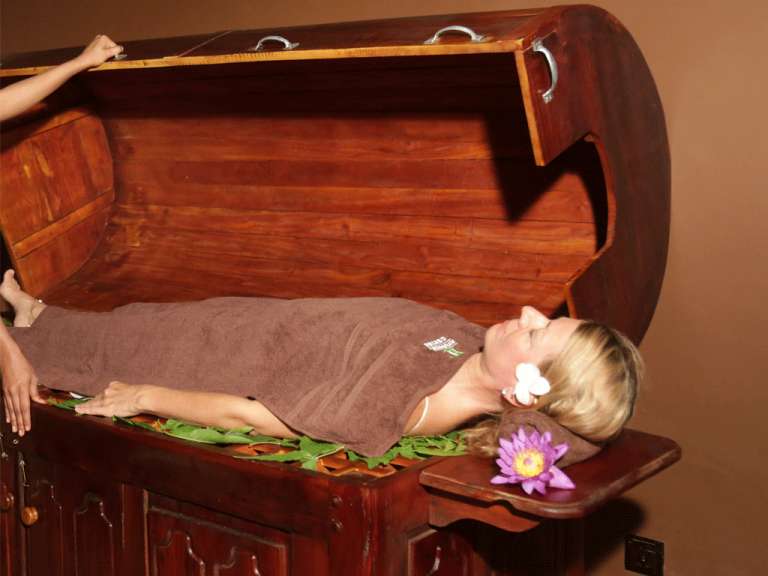 The herbal bath helps to cleanse & to have a healthy skin while providing the ultimate in relaxation.

The word Shirodhara comes from a Sanskrit words; Shiro means “head”, & dhara means “flow”. This is an ancient Ayurvedic healing technique that relaxes & reduce the stress. Shirodhara treatment is done by pouring liquids such as milk, oil, water & buttermilk on to your forehead. Its combined with a body, scalp or a head massage. 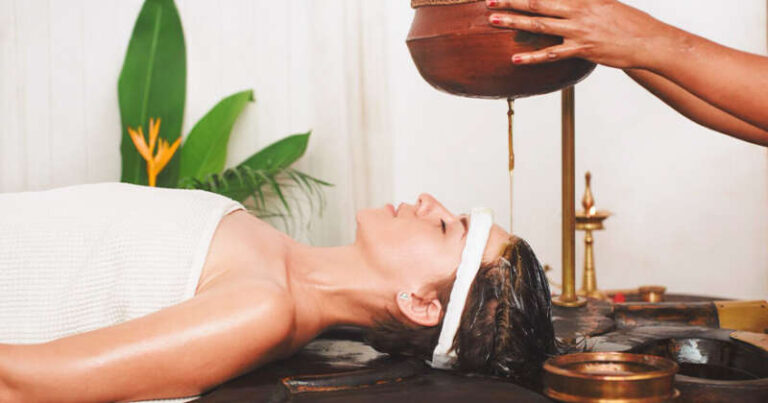 The flower bath treatment is done by using different colorful, fragrant flowers that provides you sense of happiness, vitality and enthusiasm. This treatment increases the dynamics of your mind and body spirituality. 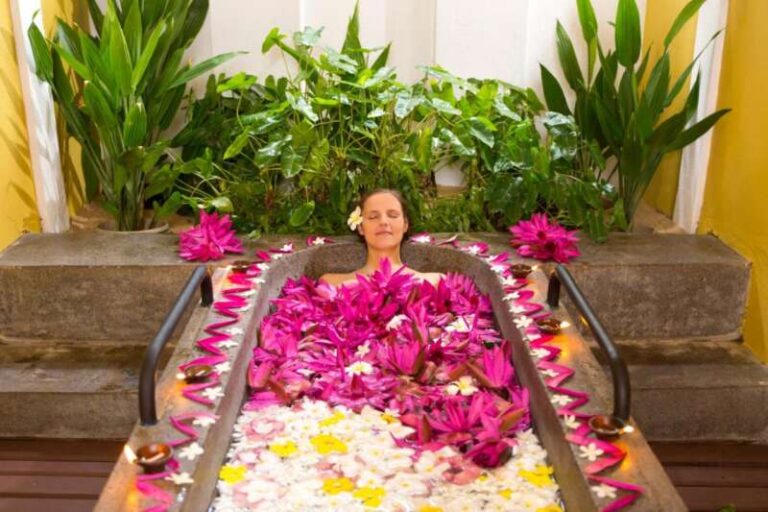 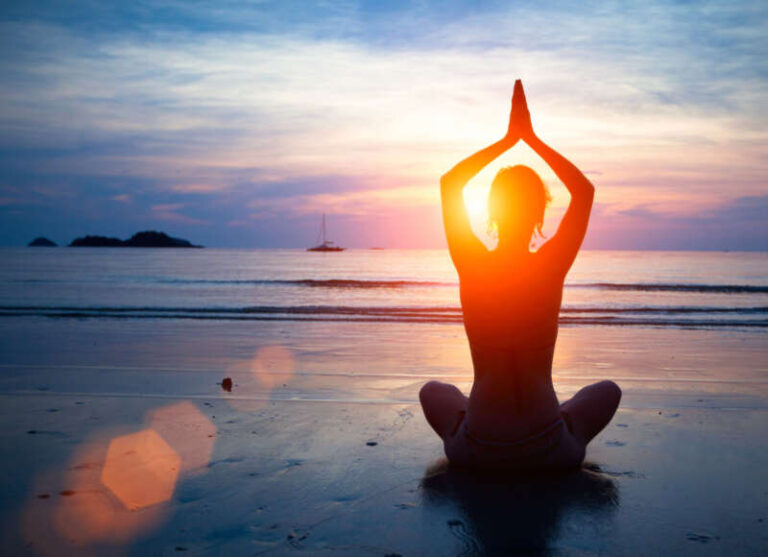 This is one of most prominent destinations in the world for Ayurveda & Yoga. Country has become the second most important Ayurveda & Yoga destination right after India- the birth place of Ayurveda. Every year, thousands of foreign tourists visit Sri Lanka to experience the Ayurveda treatments, Meditation & yoga to improve their health as well as to enrich their spiritual ability to stay happy as much as possible.

There are hundreds of fully serviced authorized Ayurveda & Wellness resorts & hotels all around Sri Lanka that accommodate any type of visitor who wishes to experience Ayurveda in Sri Lanka. Traumland Tours is catering Ayurveda & Wellness vacation programs and handling those clients respectively & professionally. We are working with the country’s best Ayurveda & Wellness retreats and hotels all around the island for more than a decade and ensure that the every customer benefits the best of their vacation. Check out our “15 days 14 nights Ayurveda & Yoga Tour “for your spiritual and healthy vacation in Sri Lanka while exploring the highlights of the island. Our team of experts will assist you regarding any of your requirements and your requests.

July 24, 2022
Top 10 Honeymoon Destinations in Sri Lanka Sri Lanka is truly a holiday paradise on Earth and it’s filled with…

July 6, 2022
International Movies filmed in Sri Lanka There are many ways of human beings show their talents by creating different kinds…

July 3, 2022
Ceylon Tea- Open up your senses with a cup of tea Introduction of Ceylon Tea Sri Lanka, though a small…